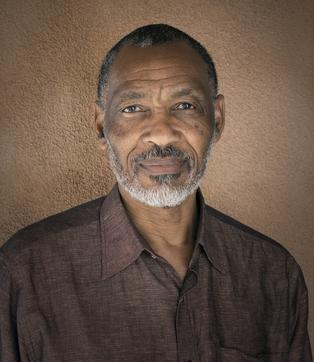 Living in a Buddhist monastic community on the border of Burma and Thailand, daytime was like dusk when I walked on the floor of the jungle. As my six foot two and one half inch bag of bones passed under a fan fern tree, I looked up at the emerald leaves and noticed that they averaged six feet in length. At night the sound of various creatures was so loud that I could only feel, rather than hear, the sound of my breath. My home was the size of a queen bed. It was raised two feet from the ground by four legs, and it had no walls. There were two six foot poles attached to each end where I hung my mosquito net and attached a string to tie a four foot tarp for my roof. The closest monk was fifty yards away, separated by dense vegetation and at least one banyan tree. The jungle was so dense that when a dead tree fell it brought a few other trees down as well. During the day my view captured monkeys, butterflies, viper snakes, and armies of ants, red, black, brown and grey, some at least an inch long with fur on them, as well as orchids and other flowers unknown to me. I realized that my view was priceless. I sat in meditation.

One night there was a huge sound, like a bomb dropping but not going off, a big thud and then what sounded like something walking.  Branches cracked, getting louder as it came closer. The only practice I knew that could possibly deal with this situation was “death practice.” My inner voice screamed, “Oh shit, now what are you going to do? Your bones are far from home, and you can’t dial 911.”

In that moment, I experienced the preciousness of existence.

Part of being mindful is to acknowledge this preciousness. Mindfulness is like having an elder whose knowledge we can’t surpass. Our knowledge continues to expand while we practice. The cultivation of mindfulness is a proactive connection between the physical and subtle bodies. The physical body can’t exist without the subtle body. The phrase “mindfulness immersed in the body” encompasses both.

When we live absentmindedly, disconnected from our bodies, conditioning is all that’s left to run the show. Disturbing events, abuse, neglect and loss, alter our system and impact our conditioning and consequently our values, which are expressed in actions of body and mind.

As a teenager, I stuttered severely. This began to change after I was introduced to mindfulness through the practice of martial arts in Japan. My sensei taught me how to pay attention. Learning about mindfulness immersed in the body in that formal way was a guide toward greater maturity for me.  Mindfulness immersed in the body is a moment to moment practice, day in and day out making a commitment to guarding and improving on our good qualities, our skillfulness.

When mindfulness is immersed in the body, we become more fluid, more at ease in the realms of body/mind and speech. Our ability to self-regulate increases and we dance with grace. The subtle body takes care of the physical body by downloading information; we may notice a spark of sudden inspiration. Sometimes a person with whom we are engaged in conversation points out “I was just thinking the same thing. Are you psychic?” We all have access to our psychic abilities and can tap into a greater source.   This download also strengthens our practice of listening to the song of silence.

The physical and subtle bodies support us in our quest to evolve and become fully awakened. We are just a guest in this body, living an utterly unpredictable life span. Our task is to learn how to dance with the joys, catastrophes and curve balls that life throws our way.  At some point in our early life, our sense of self included the body and investigation began. Over time, belief systems, societal rules and regulation were introduced and imprinted.  Then, depending on their impact and the family and community where we were raised, we conformed or became rebellious.

At a certain age we realize that we want to define who we are.  The practice of mindfulness offers us choices. We can choose to become aware or continue to operate on automatic pilot. A discerning attitude can lead even a young person to healthy action. Courage, curiosity and deep investigation are needed to further one's understanding.

This kind of deep investigation led me to contemplate life, while sitting on a small bamboo platform in the jungle. At the young age of forty-nine, I sat and watched all my attachments, ignorance, greed and ill-will parade through my watchful mind. I struggled. It was hard. But I didn’t quit.

Committing to a path of practice is a gift in and of itself. We can live out our lives without realizing that there is a body within the body. When we practice mindfulness immersed in the body, we open up to experiences of luminosity, compassion, bliss and other extraordinary states. Engaging in mindfulness practice supports the unfolding of the physical and subtle bodies, exposing us to a whole set of new sensory experiences.

Cultivating mindfulness immersed in the body is a choice. Deep reflection is needed. I started by asking myself, “Am I working toward eliminating suffering or am I working toward creating suffering”. I observed my internal dialogue and noticed how my thought patterns effected my attitude and well-being. I learned to take responsibility for letting myself be hijacked by my mental patterns and unskillful behaviors.

Mindfulness is a proactive path to ultimate concentration. It is a repetitive practice that requires attentiveness to various points. Concentration is like the trunk of a tree and mindfulness is its roots. Learning how to exercise the subtle body adds beauty, health and vitality to the physical body and to our lives. We can choose to bring our attention to the subtle body sensations and immerse ourselves in what the physical body has to teach us. When we are able to do this, unskillful mental and physical qualities become disarmed, less distracting, and we feel more in charge and less overwhelmed.

For thousands of years, songs and poetry have talked about a taste of honey that is associated with being fully present. When mindfulness immersed in the body is embraced, based on wise understanding, we realize that we are not alone. In 1950, the year I was born, the population of the planet was approximately 2.4 billion; now we are 7.4 billion human beings on this planet. Worldwide, millions of people practice mindfulness. And the numbers are constantly increasing.  More and more people are discovering mindfulness as the pace of our world forces us to recognize the need to slow down.

Nothing ever slowed me down like the month I lived on a small bamboo platform in the jungle on the border of Burma and Thailand.  During that magical hiatus my immediate experience of the world shrunk and expanded simultaneously. Doing became a minimal part of my daily experience and mindful observation became everything.  Dancing with grief was a big part of this month I spent as a monk in the jungle. Six months before, my grandmother, Sister Mary, died at the age of 94.  Her death came just as I was about to formally don the robes of a Buddhist monk. After five days of investigating my desire to attend her funeral and leave my monastic training, I decided against it. Instead, I called and was able to speak with her. For a brief moment she came out of a coma and we were able to say our goodbyes.  It was priceless, tender, a connection I will forever cherish.

The big transitions present us with huge challenges and times of serious disruption. The comfort of the known vanishes. We are forced to re-orient ourselves and find our inner compass. Aging, illness and grief offer opportunities to learn how to live.  These times encourage us to be proactive, to choose to be mindful of body, mind and speech. The rewards are deep insight, compassion and a life sustaining sense of interconnectedness.

Sister Mary, the grandmother who died just before I went to Burma, was the person who raised me. She was a revered Elder on Pawley’s Island and my first spiritual teacher. When she passed, I knew I had to take on her mantle, step up to the plate and continue her work of being a role model and guide who walks his talk.

Sitting there in the jungle with death approaching in the form of a large unidentifiable animal, the only game in town was to be fully present. I had been warned not to turn on the torch, because it would make “them” angry, whatever “they” were. The light would make “them” come right after you. Sweat was pouring down my face. There was no space for physical pain to enter my body. Being present was an understatement. I shifted my intention from the death meditation to a loving-kindness meditation. This is a gentle concentration practice that calmed my nervous system and supported my practice of mindfulness immersed in the body. I could hear that whatever was walking in my direction was breathing heavily as it got closer.

I knew from my years of meditation that only when my sense of self was satisfied would it leave me alone. The loving kindness practice shifted my focus toward a softer attitude, so I could remain mindful and meet my needs: “What kind of breath do you need now? Long-in and short- out or long-in and long-out? Should we do some body sweeping?” I continued my meditation – sending love to both the approaching animal and to myself.  The footsteps grew closer, it’s in breath almost upon me.  I breathed love into the inky darkness, felt the warmth of presence as the creature passed.  It’s being a gift.  This was not boot camp or a meditation retreat, it was Mother Nature taking me to the next level of the practice.

-The Discourse on Mindfulness Immersed in the Body, Majjhima Nikaya 119, Bhikkhu Bodhi

-Mindful of the Body: A Study Guide, Thanissaro Bhikkhu
-The Wings to Awakening: An Anthology From The Pali Canon, Thanissaro Bhikkhu
-The Subtle Body: An Encyclopedia of Your Energetic Anatomy, Cyndi Dale
-Body Encyclopedia: A Guide to the Psychological Functions of the Muscular System, Lisbeth Marcher and Sonja Fich
-One Mind: How Our Individual Mind Is part Of a Greater Consciousness and Why It Matters,

Larry Dossey, MD
-Why Zebras Don’t Get Ulcers, third edition, Robert M. Sapolsky
-A Full Catastrophe Living (Revised Edition): Using the Wisdom of Your Body and Mind to Face Stress, Pain, and Illness, Jon Kabat-Zinn and Thich Nhat Hanh
-Wherever You Go, There You Are: Jon Kabat-Zinn
-The Polyvagal Theory: Neurophysiological Foundations of Emotions, Attachment, Communica- tion, Self-Regulation, Stephen W. Porges
-A Path With Heart: A Guide Through the Perils and Promises of Spiritual Life, Jack Kornfield -Tending The Fire: Through War and The Path of Meditation, Ralph Steele
-Honering Grief: Creating Space To Let Yourself Heal, Alexandra Kennedy